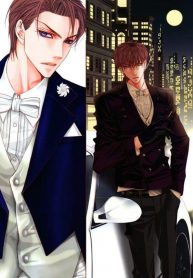 Totally Captivated Average 4 / 5 out of 6

“I’m pretty sure that the downfall of humans can be completely attributed to their curiosity”, such is Ewon Jung’s philosophy. Because of his curiosity and his “affectionate nature”, Ewon somehow finds himself, after cheating one time too many on Jiho, dumped and threatened into working as a caretaker for Jiho’s new boyfriend, Mookyul… who just so happens to be a Mafia Boss. And it is just the beginning of Ewon’s troubles. Between Jiho, who still burns at Ewon’s infidelity, and Mookyul, gang-leader with movie star good looks who starts to take a keen interest in him, Ewon slowly gets entangled in a net more intricate than that of the dangerous underworld, how will he survive it? The doujinshis, as published in English by Netcomics: * Diary of Sangchul:  — Totally Captivated dj – Mr Sangchul’s Diary * Totally peeking under the sheets 1:  — Totally Captivated dj – Totally Spying On Them  — Totally Cap