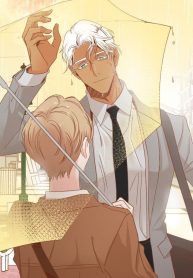 Hyun was supposed to spend his Christmas snuggling with his car on his comfy couch watching Tv. This year,however, he decides to attend his company holiday party to make his existence known to his office crush-the devilishly handsome Alek-but instead, downs too many drinks, makes a fool of himself, and blacks out. The morning after,he wakes up to a Christmas nightmare: lying next to him butt naked is his despicable colleague, Ivan Mariani. Hyun has always hated everything about Ivan. So why does Ivan suddenly look different…smell wonderful… and radiate irresistible sexual energy?