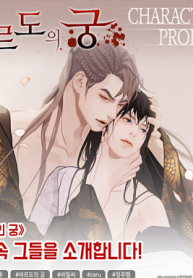 Even if you die, even if you are reborn… You will never be able to leave me. Unable to accept the emperor, who is engulfed in obsession and madness, I killed myself. But a hundred years passed by… and I was reborn, as if it was fate, as if fate played tricks on me. And with my past memory intact at that!! I vowed never to see him again, but I hoped that at least he would’ve forgotten all his memory… Could I not have escaped him even with death… I face the reincarnation of the emperor once again.