Love is an Illusion! 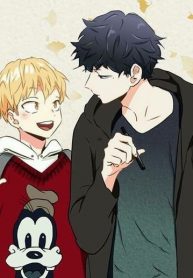 Hye-sung spent his entire life believing he was an Alpha, the top of the genetic lottery. But his world is flipped upside down when he finds out he isn’t an Alpha, but a lowly Omega.

After this revelation, he continuously crosses paths with Dojin, an Alpha who can’t stand Omegas. Take a step into the omegaverse and find out what it is that makes their pulses race and their bodies go wild.