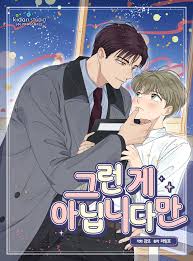 He didn’t have any experience in the working field, but he ended up applying. Surprisingly instead of sending a cover letter, he sent an unreleased copy of his BL love novel. This drew their attention and helped him pass the final exam!
The president of the company made a huge fuss about the novel and the illusion goes beyond favor turning into love, accepted Imiro for wanting to know more about the person willing to die for love
Will Imiro who hasn’t experienced any social life, and always stuck his nose in his novels pull through? How will he adapt to the bitter taste of society, and will everything be as planned?

Hitsuji No Kawa Wo Kita Kemono