If I Hadn’t Fallen in Love with You 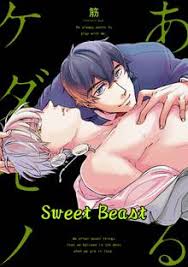 Seiji Nono, a passionate Chinese cuisine chef who works at the food manufacturing corporation Yamato, looks like a punk, but he’s actually a first-class cook. The contrast between his appearance and his cooking has earned him many fans. One day, when Nono meets the newly transferred elite, Takeru Misato, he invites him to come eat in his cafeteria, but Miasto coldly refuses him by saying he “dislikes oily Chinese food”. With such strong personalities, there’s love and arguments abound between this cool inspector and gangster chef couple!

You can discover many manga site