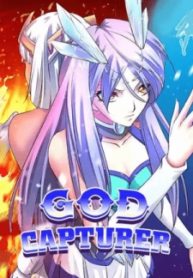 When humans beat the gods with wisdom, they invent a series of entertainment activities about gods. They catch the gods and let them fight each other. That’s how the GBA competition has become a popular sport for all mankind. MC who hates the gods, is a god master of “God Capturer” group, participating in the capture and training of gods. Freedom or destruction? Where will the human beings to go?