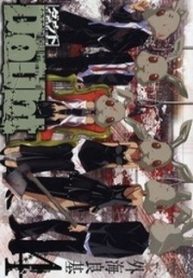 There’s a game going around Japan called ‘Rabbit Doubt’. The premise of the game is that all of the players are rabbits in a colony, and one amongst them is randomly chosen to be a wolf that infiltrated the group of rabbits. Every round, the wolf kills off a rabbit, and every round, the group tries to figure out which of the rabbits is actually a wolf in disguise. Sometimes the kids who play this game decide to meet up in person, and Yuu, Mitsuki, Rei, Hajime, Eiji, and Haruka have done just that. Unfortunately, one of them has decided to take on the mantle of the wolf and has already killed once. Who is the wolf, and can they be stopped before everyone meets a very unpleasant end?

I Am A Hero In Osaka